#What is Venous Thromboembolism? 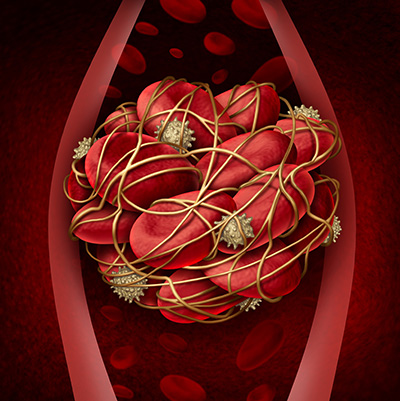 Deep vein thrombosis (DVT) is a medical condition that occurs when a blood clot forms in a deep vein. These clots usually develop in the lower leg, thigh, or pelvis, but they can also occur in the arm.

It is important to know about DVT because it can happen to anybody and can cause serious illness, disability, and in some cases, death. The good news is that DVT is preventable and treatable if discovered early.

Venous thromboembolism (VTE), a term referring to blood clots in the veins, is an underdiagnosed and serious, yet preventable medical condition that can cause disability and death.

The most serious complication of DVT happens when a part of the clot breaks off and travels through the bloodstream to the lungs, causing a blockage called pulmonary embolism (PE). If the clot is small, and with appropriate treatment, people can recover from PE. However, there could be some damage to the lungs. If the clot is large, it can stop blood from reaching the lungs and is fatal.

In addition, one-third to one-half of people who have a DVT will have long-term complications caused by the damage the clot does to the valves in the vein called post-thrombotic syndrome (PTS). People with PTS have symptoms such as swelling, pain, discoloration, and in severe cases, scaling or ulcers in the affected part of the body. In some cases, the symptoms can be so severe that a person becomes disabled.

For some people, DVT and PE can become a chronic illness; about 30% of people who have had a DVT or PE are at risk for another episode.

Almost anyone can have a DVT. However, certain factors can increase the chance of having this condition. The chance increases even more for someone who has more than one of these factors at the same time. 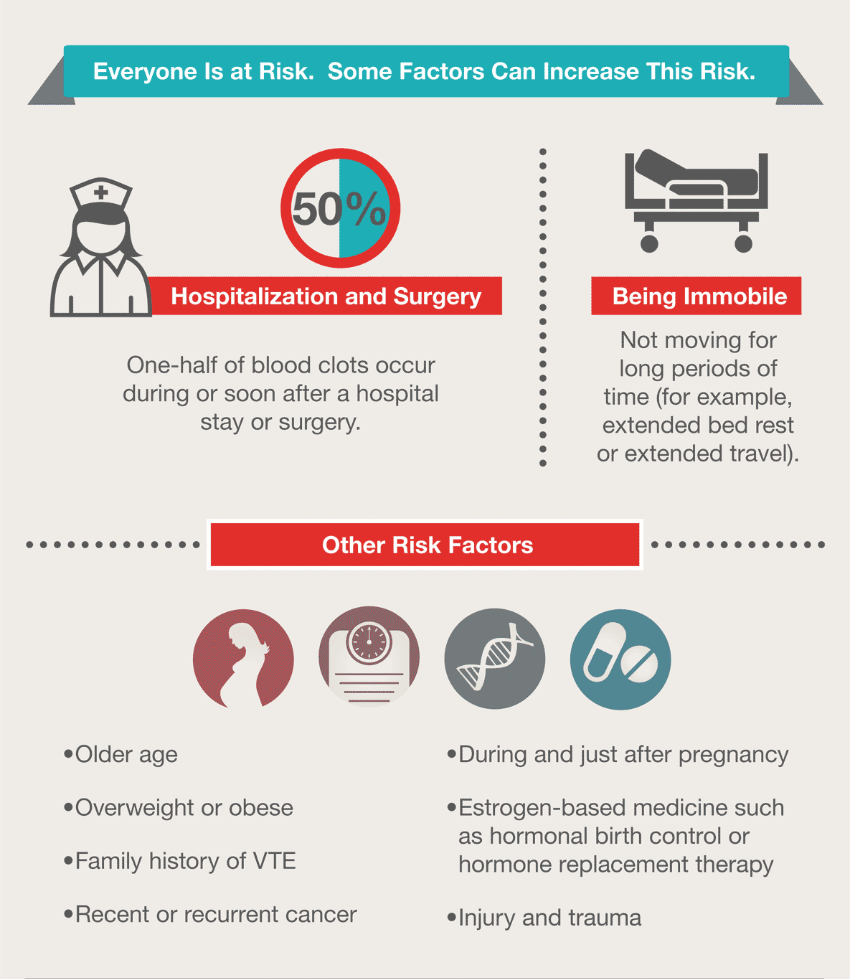 Following is a list of factors that increase the risk of developing DVT: 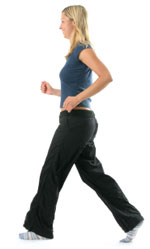 Everybody should know the signs and symptoms of DVT/PE, their risk for DVT/PE, to talk to their health care provider about their risk, and to seek care immediately if they have any sign or symptom of DVT/PE

About half of people with DVT have no symptoms at all. The following are the most common symptoms of DVT that occur in the affected part of the body:

If you have any of these symptoms, you should see your doctor as soon as possible.

You can have a PE without any symptoms of a DVT.

Signs and symptoms of PE can include:

If you have any of these symptoms, you should seek medical help immediately.

Diagnosis of DVT and PE

The diagnosis of DVT or PE requires special tests that can only be performed by a doctor. That is why it is important for you to seek medical care if you experience any of the symptoms of DVT or PE.

Treatments for DVT and PE

Immediate medical attention is necessary to treat PE. In cases of severe, life-threatening PE, there are medicines called thrombolytics that can dissolve the clot.  Other medicines, called anticoagulants, may be prescribed to prevent more clots from forming. Some people may need to be on medication long-term to prevent future blood clots.

DVT does not cause heart attack or stroke. There are two main types of blood clots.
How a clot affects the body depends on the type and location of the clot:

Both types of clots can cause serious health problems.