Drug addiction, also called substance use disorder, is a disease that affects a person’s brain and behavior and leads to an inability to control the use of a legal or illegal drug or medication. Substances such as alcohol, marijuana and nicotine also are considered drugs. When you’re addicted, you may continue using the drug despite the harm it causes.

Drug addiction can start with experimental use of a recreational drug in social situations, and, for some people, the drug use becomes more frequent. For others, particularly with opioids, drug addiction begins with exposure to prescribed medications, or receiving medications from a friend or relative who has been prescribed the medication.

The risk of addiction and how fast you become addicted varies by drug. Some drugs, such as opioid painkillers, have a higher risk and cause addiction more quickly than others.

As time passes, you may need larger doses of the drug to get high. Soon you may need the drug just to feel good. As your drug use increases, you may find that it’s increasingly difficult to go without the drug. Attempts to stop drug use may cause intense cravings and make you feel physically ill (withdrawal symptoms).

You may need help from your doctor, family, friends, support groups or an organized treatment program to overcome your drug addiction and stay drug-free.

Drug addiction symptoms or behaviors include, among others:

Sometimes it’s difficult to distinguish normal teenage moodiness or angst from signs of drug use. Possible indications that your teenager or other family member is using drugs include:

Recognizing signs of drug use or intoxication

Signs and symptoms of drug use or intoxication may vary, depending on the type of drug. Below you’ll find several examples.

Marijuana, hashish and other cannabis-containing substances

People use cannabis by smoking, eating or inhaling a vaporized form of the drug. Cannabis often precedes or is used along with other substances, such as alcohol or illegal drugs, and is often the first drug tried.

Long-term (chronic) use is often associated with:

Two groups of synthetic drugs — synthetic cannabinoids and substituted or synthetic cathinones — are illegal in most states. The effects of these drugs can be dangerous and unpredictable, as there is no quality control and some ingredients may not be known.

Synthetic cannabinoids, also called K2 or Spice, are sprayed on dried herbs and then smoked, but can be prepared as an herbal tea. Despite manufacturer claims, these are chemical compounds rather than “natural” or harmless products. These drugs can produce a “high” similar to marijuana and have become a popular but dangerous alternative.

Substituted cathinones, also called “bath salts,” are mind-altering (psychoactive) substances similar to amphetamines such as ecstasy (MDMA) and cocaine. Packages are often labeled as other products to avoid detection.

Despite the name, these are not bath products such as Epsom salts. Substituted cathinones can be eaten, snorted, inhaled or injected and are highly addictive. These drugs can cause severe intoxication, which results in dangerous health effects or even death.

Barbiturates, benzodiazepines and hypnotics are prescription central nervous system depressants. They’re often used and misused in search for a sense of relaxation or a desire to “switch off” or forget stress-related thoughts or feelings.

Meth, cocaine and other stimulants

Stimulants include amphetamines, meth (methamphetamine), cocaine, methylphenidate (Ritalin, Concerta, others) and amphetamine-dextroamphetamine (Adderall, Adderall XR, others). They are often used and misused in search of a “high,” or to boost energy, to improve performance at work or school, or to lose weight or control appetite. 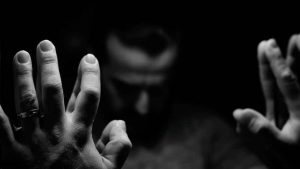 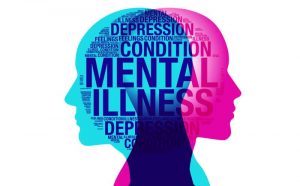 What Is Mental Health?
Menu