A pacemaker is a small device about the size of a matchbox or smaller that weighs 20 to 50g.

It consists of a pulse generator, which has a battery and a tiny computer circuit, and 1 or more wires known as pacing leads, which attach to your heart.

Almost all modern pacemakers work on demand. This means they can be programmed to adjust the discharge rate in response to your body’s needs.

If the pacemaker senses that your heart has missed a beat or is beating too slowly, it sends signals at a steady rate.

If it senses that your heart is beating normally by itself, it doesn’t send out any signals.

Most pacemakers have a special sensor that recognises body movement or your breathing rate.

This allows them to speed up the discharge rate when you’re active. Doctors describe this as rate responsive.

An implantable cardioverter defibrillator (ICD) is a device similar to a pacemaker.

It sends a larger electrical shock to the heart that essentially “reboots” it to get it pumping again.

Some devices contain both a pacemaker and an ICD.

ICDs are often used as a preventative treatment for people thought to be at risk of cardiac arrest at some point in the future.

If the ICD senses the heart is beating at a potentially dangerous abnormal rate, it’ll deliver an electrical shock to the heart.

This often helps return the heart to a normal rhythm.

A conventional ICD has a pacing lead that’s implanted along a vein (transvenously).

There’s also a newer type of ICD where the pacing lead is implanted under the skin (subcutaneously).

Why do I need a pacemaker?

The heart is essentially a pump made of muscle, which is controlled by electrical signals.

These signals can become disrupted for several reasons, which can lead to a number of potentially dangerous heart conditions, such as:

How is a pacemaker fitted?

Having a pacemaker implanted is a relatively straightforward process.

It’s usually carried out under local anaesthetic, which means you’ll be awake during the procedure.

The generator is usually placed under the skin near the collarbone on the left side of the chest.

The generator is attached to a wire that’s guided through a blood vessel to the heart.

The procedure usually takes about an hour, and most people are able to leave hospital on the same day or a day after surgery.

You should be able to return to normal physical activities soon after surgery.

As a precaution, it’s usually recommended that strenuous activities are avoided for around 4 to 6 weeks after having a pacemaker fitted.

After this, you should be able to do most activities and sports.

You’ll be able to feel the pacemaker, but you’ll soon get used to it. It may seem a bit heavy at first, and may feel uncomfortable when you lie in certain positions.

You’ll need to attend regular check-ups to make sure your pacemaker is working properly. Most pacemakers store information about your natural heart rhythms.

When you have follow-up appointments, your doctor can retrieve this information and use it to check how well your heart and the pacemaker are working.

Anything that produces a strong electromagnetic field, like an induction hob, can interfere with a pacemaker.

But most common household electrical equipment, such as hairdryers and microwave ovens, won’t be a problem as long#Surgery as you use them at least 15cm (6 inches) away from your pacemaker.

If you have an induction hob, keep a distance of at least 60cm (2ft) between the stove top and your pacemaker.

If this is a problem, you may want to consider replacing the appliance with something more suitable.

If you feel dizzy or feel your heart beating faster while using an electrical appliance, simply move away from it to allow your heart beat to return to normal. 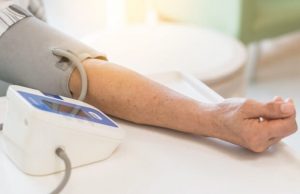